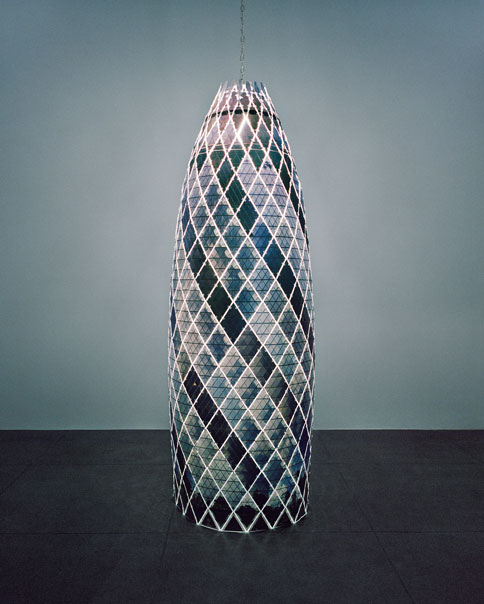 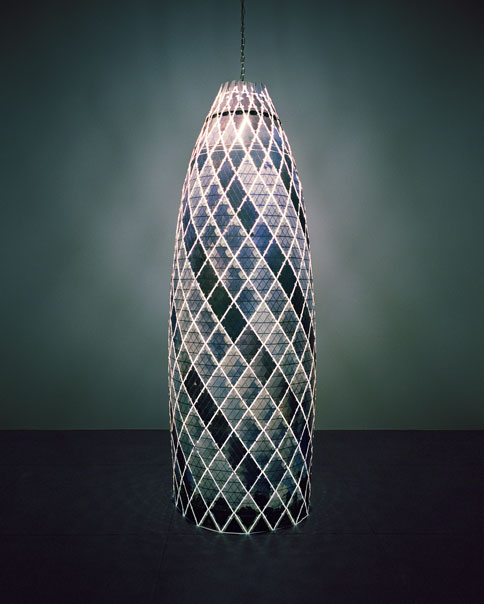 The skyscraper at 30 St Mary's Axe, London, UK, is commonly referred to as the Gherkin. The building has a specific and unique history within the financial, political and architectural context of London. Although the structure was only opened for business in 2004, it rapidly became an iconic fixture in both popular culture and expressions of the city's identity.

I later worked with these digital images, correcting perspective and dimensions, and printed out each block of windows as a separate photograph.

Each of these diamond-shaped photographs was then attached to its neighbors using translucent photo-clips. When assembled, they formed a completely hollow self-supporting shell.

In the images above, the sculpture is displayed on its own in a gallery space. Below, for an installation at the Van Eyck, the shell structure was hung from floor to ceiling in a standard suburban-type bedroom, lit from within as a lampshade. 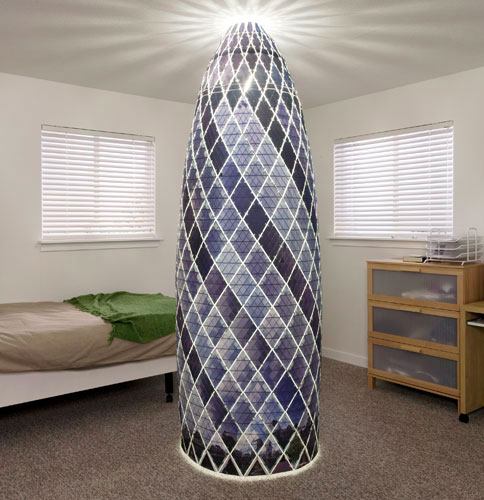 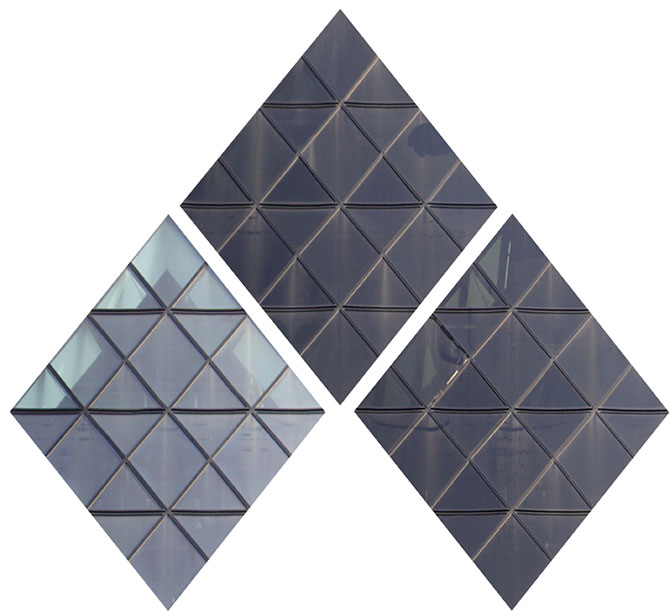 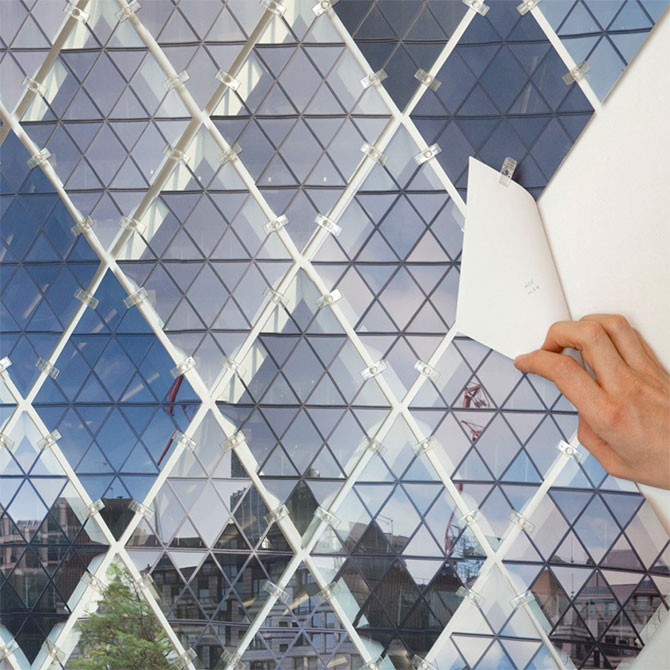 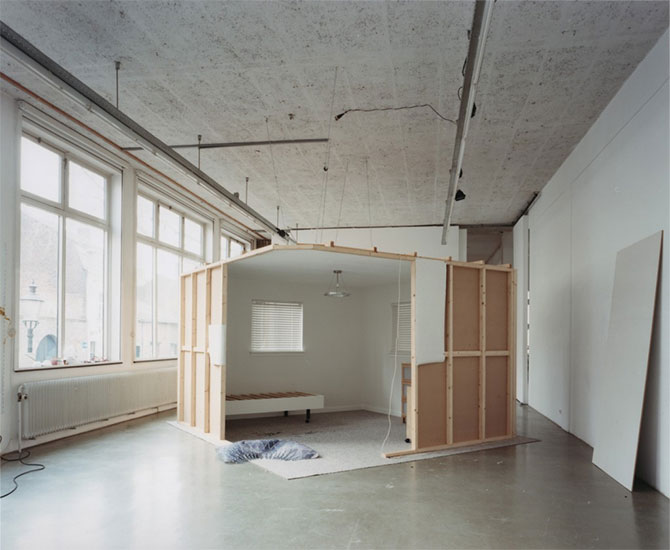 A bridge between two rooms